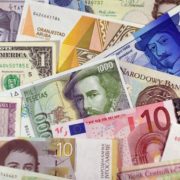 Are you Cheating Yourself With the Label “Conservative?”

Richard Cayne Born in Montreal Canada has lived in Asia for over 25 years.  Starting in Tokyo Japan in the 1990’s Richard was in the wealth management sector and specifically helping Japanese High Net worth Individuals with their wealth management needs.  From retirement planning, education fees savings or generational wealth transfer with tax efficient planning Richard has pioneered the offshore financial investment space in Japan.  In Tokyo Japan he was member of various Chambers of Commerce as well as Tokyo Chuo Rotary Club.

In 2000 seeing the offshore financial planning needs of the Japanese market he setup Meyer Asset Management Ltd to grow the network of clients.  Very few options existed at this time in Japan and the options for investment were quite limited to a handful of generic funds offered by the banks. So wanting to open a world of choice for his investors in Europe, North America and in Asia Richard created relationships with over 200 banks, investment houses and insurance groups.   After 10 years Meyer Asset Management Ltd was ready to grow to serve the needs of various clients all around Asia.  With an eye on the fastest growing region being South East Asia Richard set his eyes on Thailand being the gateway to South East Asia and a very big transit hub in the region.

2010 Richard relocated his company Meyer International to Bangkok Thailand to serve the needs of clients around Asia.  In addition he listed the Meyer Group on a UK London stock exchange so as to show his groups commitment to transparency and sound corporate governance.  Richard is proud to say the Meyer group has thousands of clients over 5 continents.

Richard Cayne believes the best way to get an understanding of financial planning is to talk about it with one’s family.  In the home with the children and look into strategies and technique to help children learn about it so that they can grow up to be more financially savvy.  From regular savings techniques like dollar cost averaging to understanding the basics of asset allocation one can learn to protect and grow one’s wealth over time.  Richard likes to emphasize that understanding risk is important especially how to evaluate risk adjusted returns.  For example a bank account has low risk but generally no interest is given and so it while being a good parking spot for cash with not protect it from the erosive powers of inflation.

In addition to many public speaking events on the wealth management topic Richard Cayne write articles viewable at richardcayne.com and is an Google & Amazon approved author of Richard Cayne - Estate Planning, Family Savings, & Retirement Richard is member of various Chambers of Commerce around Thailand as well as a supporter of the Cambodia Children’s fund and Baan Dek Foundation which fosters children’s education, health and safety in Thailand.

Richard speaks English, French and a working knowledge of Japanese and is reachable at meyerjapan.com